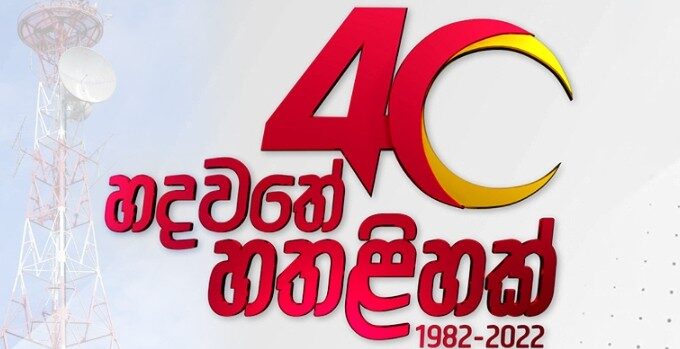 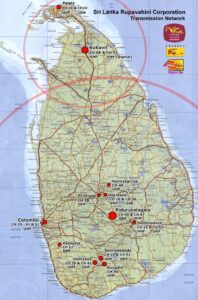 On 14th February 2022, Sri Lankan national television, Rupavahini, celebrated its 40th anniversary. As a person who has been associating with Rupavahini closely over those four decades, I should share some of my memories with Sri Lankans living in New Zealand, especially those who have strong roots in Sri Lanka. I was an Engineering Undergraduate intern at the University of Moratuwa when I joined Rupavahini in 1984-1985. Young generations who are either born, live or both born and live with devices may have a different view of the television. That view has been partly created by tech giants now facing the public response. This article was written for a small audience and all demographics and backgrounds. I hope the content will connect their original roots and inspire them to perform well as most Sri Lankans do wherever they are. 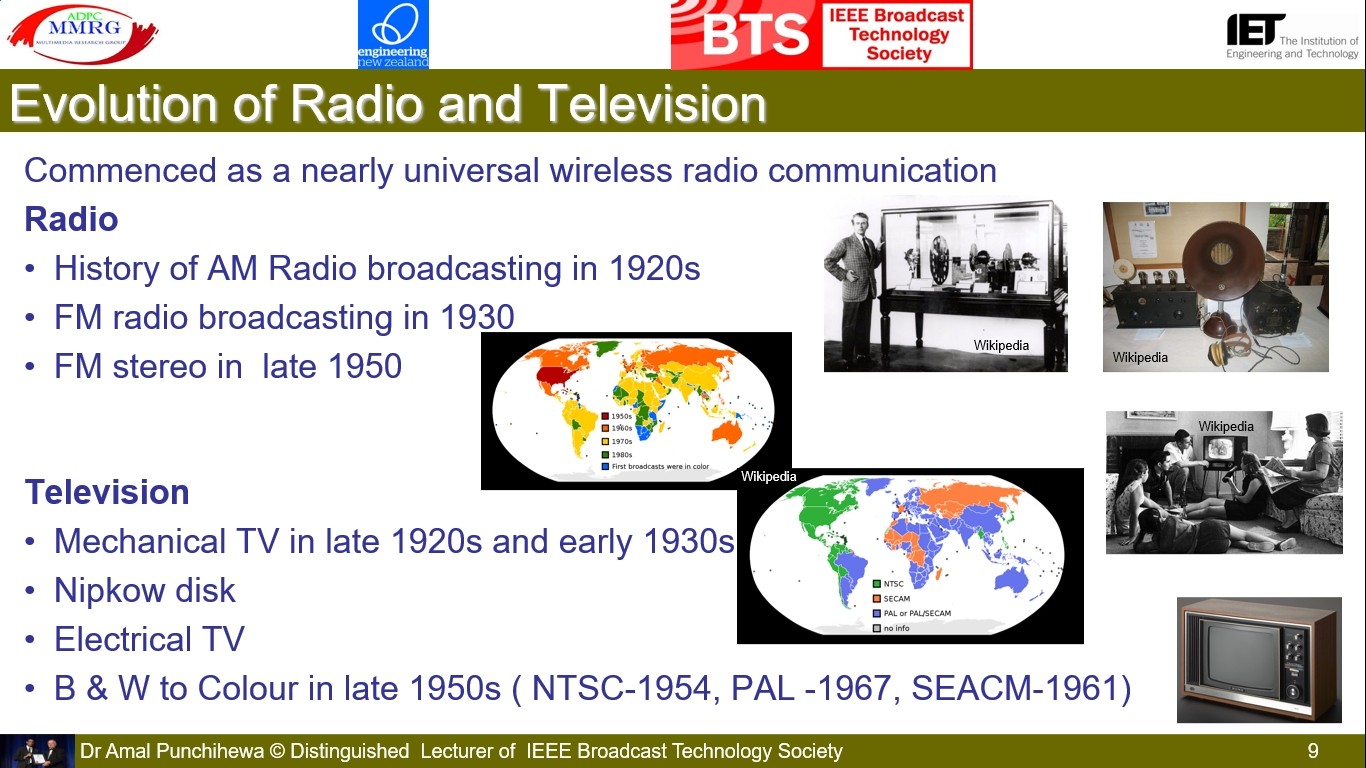 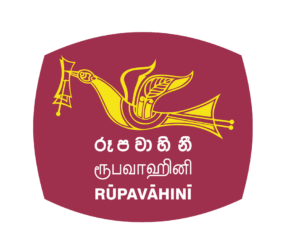 The history of television goes beyond the 1920s. First televisions were mechanical devices with rotating discs that captured and re-created pictures using motors. The word television evolved from the two words; ‘tele’ is from a distance, ‘vision’ to see. This is also reflected in our main logo of the national TV-Rupavahini. That is a bird carrying a message. As one who may have studied history at school would know, birds were used in communication. ‘Rupa” means pictures, and ‘vahini’ means casting or sending. This is the formation of the name Rupavahini. Television requires three significant activities: production, distribution, and consumption. Television generally has three primary missions to fulfil. They are to; inform, educate, and entertain. Those three missions are accomplished by producing various programmes such as news, documentaries, musical, educational, teledramas, etc. Therefore, they need high investments and sophisticated infrastructures. 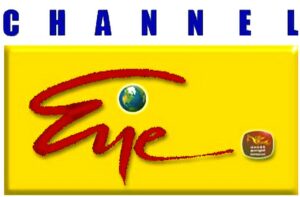 Sri Lanka Rupavahini Corporation was created by an Act of Parliament in January 1982 and established on 14th February 1982. It officially commenced its telecast the next day, 15th February 1982. Sri Lankans were lucky to get an outright gift from Japan. Rupavahini is a gift with no conditions attached from people of Japan to people of Sri Lanka for representations that Sri Lanka made for Japan in the UN assembly at that time. We received colour television as an international standard that we wanted, known as PAL, out of the three standards available at that time. We also received the entire infrastructure ( studio, master control rooms and transmitters) based on a television standard that Sri Lanka requested, known as ITU-R system-B, PAL. The infrastructure included a studio complex with a master control room, editing facilities, a programme linking facility to Piduruthalagala main transmitter station, Kokavil transmitter station, outside broadcast vehicle. Today, Rupavahini has nationwide coverage.

Rupavahini produced news, entertainment programmes, and educational programmes at the beginning of its operations. The telecast is not a 24-hour operation. Rupavahini telecast some education programmes in collaboration with the Ministry of Education in the morning at the inception. Generally, the telecast starts later in the day and ends by midnight. As time went by, the transmission hours got extended. The number of physical programme channels was limited to one until 1998. General programmes and Educational programmes shared the only physical channel available. When cricket and other important sports events such as South-Sasin Federation (SAF) games were on, most of the daytime was used for the sports broadcast. To address the issue of disruptions to the General Programme channel, there was a need to develop another physical channel where sports and other language programmes can be telecast simultaneously. I am humbly proud to say that we developed the second programme channel today known as eye-channel with the team at Rupavahini, including senior management and all the staff. I spear-headed the technological and engineering work for that as the head of engineering (Deputy Director-General/Engineering) from 1997-2001. We received commendations from the Commonwealth Broadcasting Association and Asia-Pacific Broadcasting Union. The second programme channel (the physical channel-eye) is used to telecast Nethra, a Tamil service and English service such as Breakfast programmes during the weekend.

Today Rupavahini can be accessed as a live streaming service online, catch-up of the last 48 hours (previous two days content), and a wide range of teledramas and News bulletins live or on-demand. Unfortunately, Rupavahini broadcast is still an analogue service suffering from poor quality, ghosting (appearance of multiple pictures on the TV screen due to reflections from mountains or buildings), poor aesthetics (they still have a 4:3 aspect ratio rather than 16:9) and only standard-definition format for transmission. Rupavahini is available on Facebook and Youtube. Youtube content sometimes would be in 16:9 and Full-HD or High definition format. One example is the 74th Independence Day celebrations this year’s coverage on YouTube in 16:9 Full-HD format. Rupavahini coverage was done in Full-HD and archived in that format for future generations. The programme is available from YouTube as On-Demand linked via the Rupavahini website. Sri Lanka has started its digitalisation of terrestrial (ground-based) television broadcasting service. I hope the people of Sri Lanka could receive digital terrestrial digital television services like what we enjoy in New Zealand. 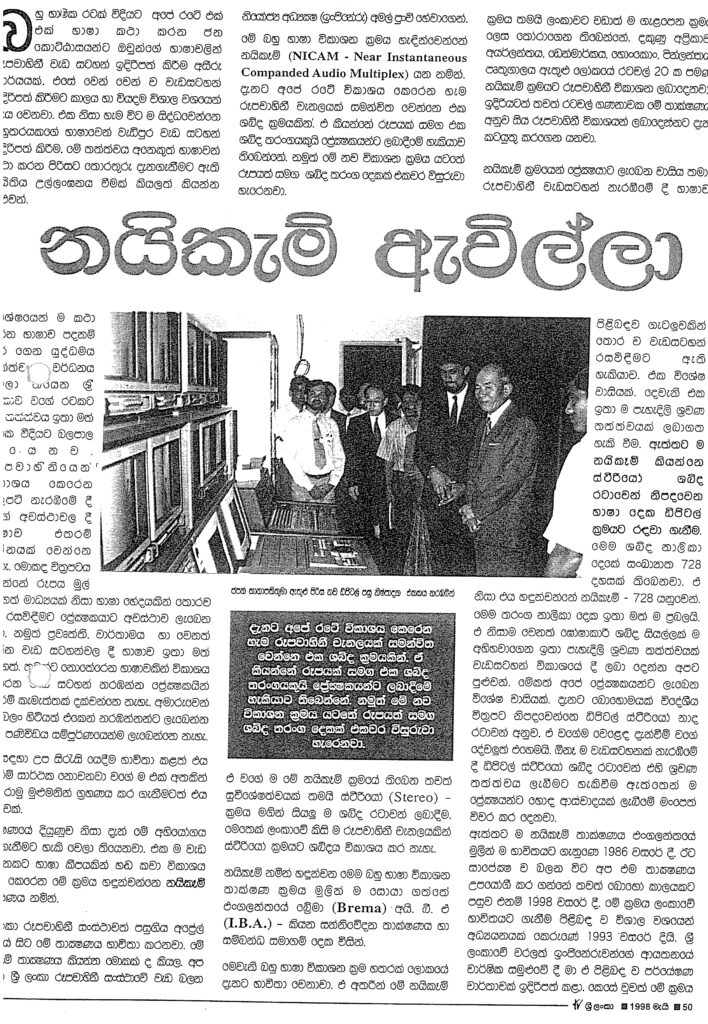 In the late 1990s, with the regional and global trends, Sri Lanka deregulated broadcasting services. With the deregulation process, the parliament of Sri Lanka decided to abolish the radio and Tv license fees. In the UK, Germany and Japan, you may find similar license fees or broadcasting levies, which are enforced even today. We navigated Rupavahini with the loss of revenue close to 60 million rupees annually in the late 1990s. However, this has brought investment challenges to Rupavahini in upgrading its infrastructures when they are nearing lifetime or becoming obsolete.

Rupavahini continued its research and planning to use appropriate technology to improve its services and provide a high quality of service. Lots of in-house developments were done, designed and built outside broadcast vehicles, and used information technology to improve the efficiency and effectiveness of the service. In 1998, Rupavahini introduced the rehabilitation programme to the NICAM multi-lingual and stereo sound broadcasting system. In New Zealand, TVNZ has that value-added service or the feature in its analogue broadcast service before it was switched off in 2013 with going digital-only. 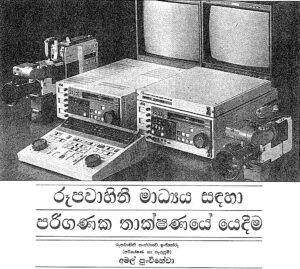 The emergence of online services and advanced mobile services have challenged broadcasters globally. In the UK, BBC has received cuts for its funding, but in effect, it received more grants to improve its online presence. This is called iPlayer, similar to Freeviewplus in New Zealand. In New Zealand, we can seamlessly access content via broadcast and broadband (i.e. online) through its integrating technology engine HbbTV or Hybrid TV. As you may know, people watch television mainly on the television (with a large screen) rather than a small screen device. In New Zealand and many other countries, you cannot touch or watch mobile devices while driving. It is legally prohibited and an offence to do so. Today television reaches you through many paths, which we may call delivery platforms. The over-the-air (OTA) broadcast is the most robust, reliable and efficient way to distribute your programmes. Research has shown that today the young generation is quite concerned about the environment. Hence, sustainability is a critical factor that would shape broadcasting in future. 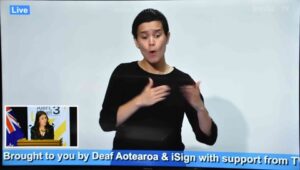 Sri Lanka was well known for its capability and capacity for human resource development in electronics media. As a result, Sri Lanka Television Training Institute was formed to produce the human resources required for nationwide broadcast operation. The Rupavahini studio and the SLTTI training complex are located next to independence square.

Another important aspect I wish to mention here is the accessibility and inclusiveness of the content. For example, we do not use a signer even in New Zealand though New Zealand is one of the three countries where sign language is an official/national language. However, Rupavahini uses a signer in their news bulletins. Suppose you have not seen that I invite you to visit the Rupavahini website (http://www.rupavahini.lk/ ) to observe this and experience it yourself. However, as New Zealanders, we can also be proud that we are the first country in the world to carry a signer on the entire screen of a digital broadcast while our main speaker, such as the Prime Minister of New Zealand, is on a small window.

I wish to conclude the article by reminding some of the ill effects of the latest media or broadcast consumption practices. In the past, people tended to enjoy television with its whānau rather than an individual consuming content in silos using their own devices. This has disintegrated the family, not allowing family time together. Some tech giants are mining personal data without the consent of the users to store, use and share them for super-profits generations. There are no free lunches. However, the cost of content should be known, reasonable and fair. Such global platforms could take countries or regions to Ransome. We have seen during COVID-19 that one platform threatened the Australian Government. Similar threats have been made to the European Union introducing the Digital Markets Act. Due to rapid developments in media, broadcast and ICT sectors, countries and regulators could not respond swiftly to some global services. However, there are mechanisms and legislative frameworks that the above country and the region have proposed. Also, we heard in recent times that some global operators are losing market capitalisation badly due to public response. Various artists and organisations are dis-associating with media operators who have no concern for people.

My advice and appeal to you are to be aware of your media and broadcast consumption, especially its trustworthiness, reliability, and sustenance. 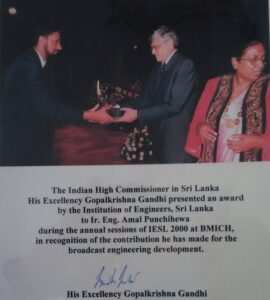 Amal Punchihewa (PhD) is a Chartered Professional Engineer, researcher, educator, advisor and consultant in Broadcast, Media and ICT. He received his BSc (Eng) honours from the University of Moratuwa and Master of Electronics Engineering from the Technical University of Eindhoven in the Netherlands. He has been associated with the broadcasting industry for nearly four decades at research, academia, and senior industry positions. He held global positions at World Broadcasting Unions (WBU) as Vice-Chair of the Technical Committee, Director of Technology, and Innovation of Asia-Pacific Broadcasting Union (ABU). He is a volunteer and a fellow of Institution Engineering and Technology (UK) and Engineers New Zealand, and a senior member of IEEE-Broadcast Technology Society. He is also a Distinguished Lecturer of IEEE-BTS. He is also an International Professional Registration Advisor of IET(UK)