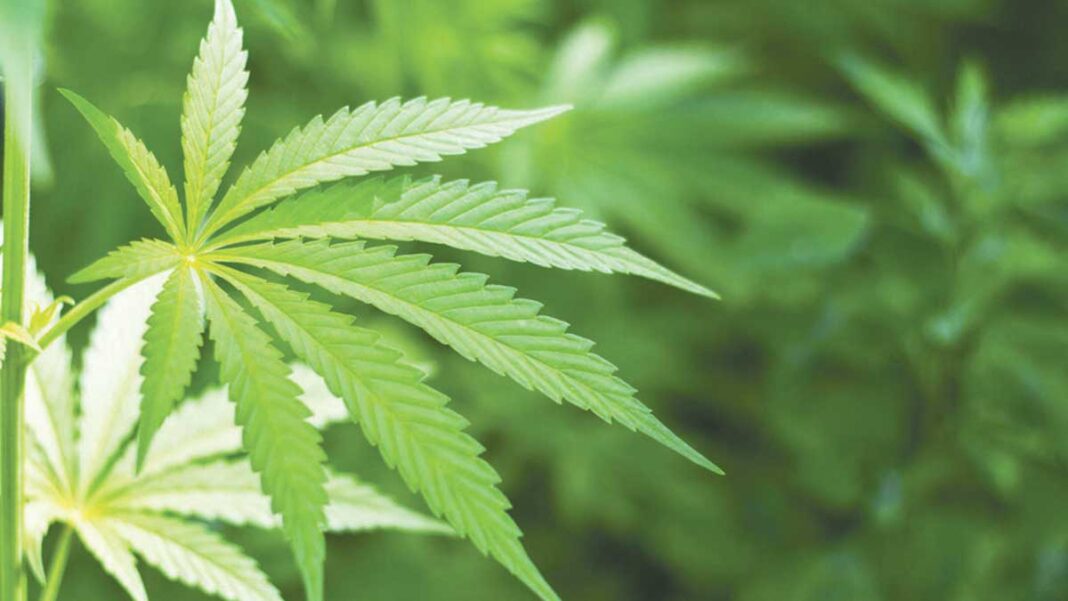 Purification or detoxification methods of Cannabis in Ayurveda

The ancient texts give details for several procedures for the purification or detoxification of Cannabis. For medicine, Cannabis is almost always consumed orally and not smoked. According to Ayurveda pharmacopoeia (SL), Cannabis leaves should be soaked in water for 4-5 hours, then drained, and the leaves should be dried naturally. Thereafter the leaves should be fried in Cow Ghee to reduce the toxic effect which is called the purification / Shodana method in Ayurveda. Moreover, Ayurveda prefers the early morning before flowers bloom as the perfect time for harvesting Cannabis leaves for medicinal purposes. Thus, boiled with Babbula Tvak kvātha (Ayurvedic herbal decoction) for 3 hours and the powder obtained is triturated with Godugdha. Toxic effects of Cannabis can also be reduced by triturating with Babbula Tvak kvātha and by frying the powder in Cow Ghee. However, it is essential to develop a standardized and quality controlled on these purification methods if we plan to use this herb worldwide.

Purified Cannabis powder can be used as an ingredient for making several Ayurveda formulas. If this choorna/ powder is not fresh, the medicinal value is reduced. Cannabis used in Ayurveda medicines must be measured up to certain standards. This raised the value of legislation allowing the responsible government authority to grow Cannabis in one central location to use for medicinal purposes. In my opinion, considering the level of transparency and functioning of law and enforcement, a country like New Zealand can grant the safety and security for cultivation lands and process of distribution of raw material (fresh Cannabis) than those South Asian countries or those highly populated European developed countries. In this matter, I believe that the countries should take this into account on a global level and proceed with legalizing the cultivation of Cannabis in the safest way for the global community. Unfortunately, Tobacco, which is proven to be harmful to health, continues to be cultivated, manufactured and sold legally in Sri Lanka and other countries even though, it is used in a different context.

The sticky resin of cannabis contains several substances called Cannabinoids of which delta-9-tetrahydrocannabinol (THC) is the most important compound. All other compounds in cannabis may have therapeutic effects but do not have any significant potential of making the feeling ‘high’ except THC. THC is the only psychoactive compound present in Cannabis. The most well-known therapeutic indications of cannabis are antiemetic, appetite stimulant, analgesic effects and the most important effect is relief of symptoms of multiple sclerosis ( Hazekamp, 2017).

In Ayurveda, toxic ingredients are used for therapeutic purposes only after a treatment called ‘Shodhana’/purification. According to Pant et al. (1998), the scientific basis of various ‘shodhana’ treatments was evaluated, by looking at their effect on the chemical composition of Cannabis leaves. This purification process includes washing the herbal material in cold water, frying in ghee, soaking in milk, and boiling in the decoction of specific tree bark. This study indicates the utility of ‘shodhana’ technique in reducing the narcotic content of Cannabis, as a considerable reduction of THC content (up to 85%) observed.

Although performing Shodhan procedures to remove THC and other cannabinoids reduces the narcotic strength of Cannabis preparations, it simultaneously destroys the majority of the medicinally active ingredients.  Therefore, a proper balance between reducing abuse potential, and maximizing the therapeutic strength of Cannabis products should be maintained. As Hazekamp (2017) suggest, a solution to this dilemma may be the development and application of modern dosing techniques and administration forms to control or limit the intake of pharmacologically active cannabinoids.

According to Ayurveda pharmacopoeia (SL), the recommended dosage of Cannabis leaves powder is Rattika 1/2 to 1(60- 120mg) per day and recommended dosage of the extract of cannabis (Kansa Sara) is Rattika ¼ to ½ (30- 60 mg) per day. Some traditional texts document that a typical dosage of purified cannabis leaves is 124 mg to 250mg per day. As Ayurveda texts listed a long list of adverse effects of the uses of unpurified cannabis and overdosage of cannabis, Ayurveda described usable doses of leaves and extract of cannabis to prevent overdosages.   However, In Ayurveda cannabis used as an ingredient of several formulas mixed with several other well-known herbs. Some popular formulas of the Ayurveda pharmacopoeia (SL) are “Kameshwara modaka”, Jathi Paladi powder’, ‘suranvidura vatee’, ‘Jewananda Vatee and Kalka’, ‘Yashodara Kalka’, ‘Chandra Kalka’, ‘Madana Modaka’, ‘Hinguladee Guliya’.

What diseases have been treated using cannabis in Ayurveda?

As per gathered data in the  Traditional Knowledge Digital Library (TKDL) of India, cannabis has a beneficial effect to cure diseases such as gout, catarrh, coryza, mastitis, analgesic, mania, diphtheria, poisoning, rheumatism, cholera, malaria, pyrexia, spermatorrhea, aphrodisiac, inspissant, atony of bladder, bleeding piles,  nausea, vomiting, anorexia, indigestion, dyspepsia, cough/ bronchitis, hyperacidity, malabsorption syndrome, acute diarrhoea, dyspnoea, anaemia, intellect promoting, semen promoting, immune potentiators, anti-oxidant, anti-ageing, strength promoting, fever and intestinal disorders. The primary medicinal values of Cannabis are intoxicant, analgesic, narcotic, antispasmodic, anodyne, and sedative.  However, as cannabis has been used for the treatment of various diseases, a list of medicinal uses of cannabis is surprisingly long as in the research paper of M. Kuddus et al. (2013). This list is presented in Table 1. Another interesting factor is that the available literature on pharmacological activities and clinical trials of cannabis use the various types of animals. These studies document beneficial effects in areas such as allergenic effect, analgesic effect, anticancer activity, antidepressant actions, antidiuretic activity, antiemetic, anti-inflammatory action, anti-tumour activity, appetite enhancing, gynecomastia effect, hemagglutinin activity, histamine release stimulation, hyperglycaemic activity, immunomodulatory effect, inflammatory effect, mitogenic effect, myocardial infarction, pancreatic effect and toxicity, psoriatic effect. Meanwhile, serious harmful effects such as central nerve system depressant activity, bronchoconstrictor activity, cell death of shrinkage of neurons, suicidal effects raise the importance of controlling the availability of cannabis among ordinary people. Therefore, there is no argument on any pharmaceutical production of Cannabis should be issued to the market under prescription only label through pharmacies only. As described, in Hazekamp (2017), the uses of cannabis in India can be categorised under three categories. They are medical and quasi-medical use (therapeutic use), use in connection with religious and social customs (cultural use), and for euphoric purposes (recreational use).

As far as the Sri Lankan context is considered, it is a well-known fact that products like Madana Modaka gulis (goblets) sold in small vendor huts near schools are known to be purchased by schoolboys for “kicks.” Madana Modaka is a legitimate medicinal preparation in Ayurvedic practice and is sold by the Ayurvedic Corporation and other reputable Ayurvedic practitioners, while its preparation method is clearly stated in the Ayurvedic Pharmacopoeia of Sri Lanka – its ingredients are cannabis leaves and seeds fried in ghee, among other local herbs. Madana Modaka is usually recommended as a sexual stimulant and for flatulence and loss of appetite, among other things. Since there are campaigns against abuses of drugs such as heroin, the young seem to be under the impression that using an Ayurvedic product like Madana Modaka could be less harmful to the health. Now their use is gradually being adopted by upper urban classes and becoming a trend, especially among young people. This is a good example of a medicinal product that is being miss used. In my opinion, we should be careful to promote cannabis production for therapeutic use only expecting a healthy global community while preventing recreational uses and cultural uses by imposing rules and regulations.

Cannabis cultivation, Relaxing the strong arm of the law, by K. Jayanthi (2004)Liyanagehttp://archives.sundayobserver.lk/2004/05/23/fea11.html

Your comments and interesting areas are welcome to discuss in Ayurveda aspects. Please Email: mnsperera80@gmail.com