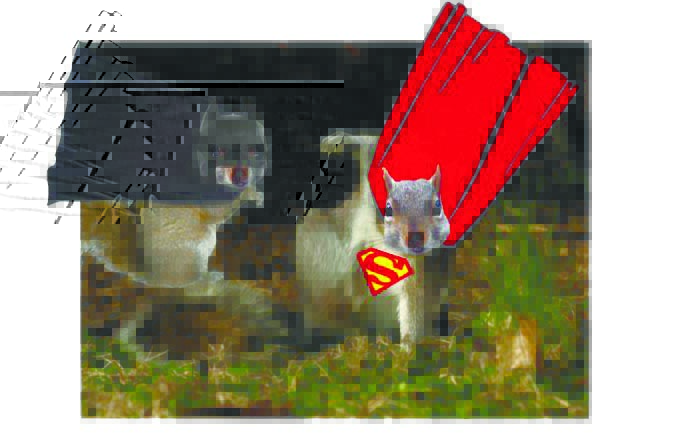 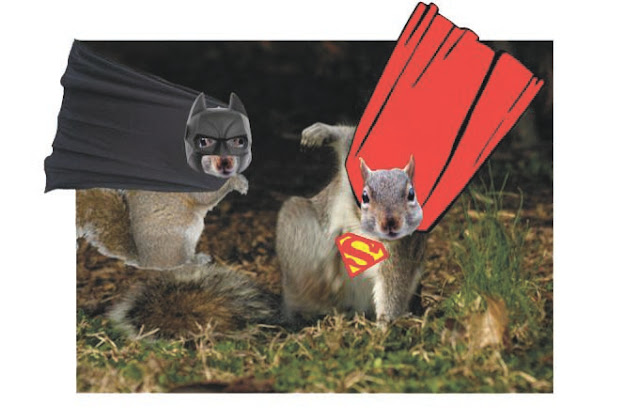 Last night the nut storage was robbed! Without the nuts the squirrels had collected, they would never make it through winter! Luckily, one brave squirrel stepped up in a volunteer rescue mission to find the missing nuts. And that brave squirrel was no one other than Nut Kent, aka SUPER SQUIRREL!!!!!! Super Squirrel wanted to check out the nut bank. When he got there, the bank manager was talking to Nutson Nuthead.

Everyone knew him. He was a multi-billionaire who made money by selling nuts to those whose nuts had been taken from the storage. Super Squirrel was curious. All of the nut storages were robbed yearly. And no one knew how Nutson Nuthead got so many nuts. It was very strange. Super Squirrel jotted down his name on the suspicion list. Then he walked up to the bank manager. He walked outside and climbed up a tree, waiting for Nutson Nuthead to appear. Finally, Nutson came out of the  bank and stepped into his multi-billionaire limousine and sped off into the night.