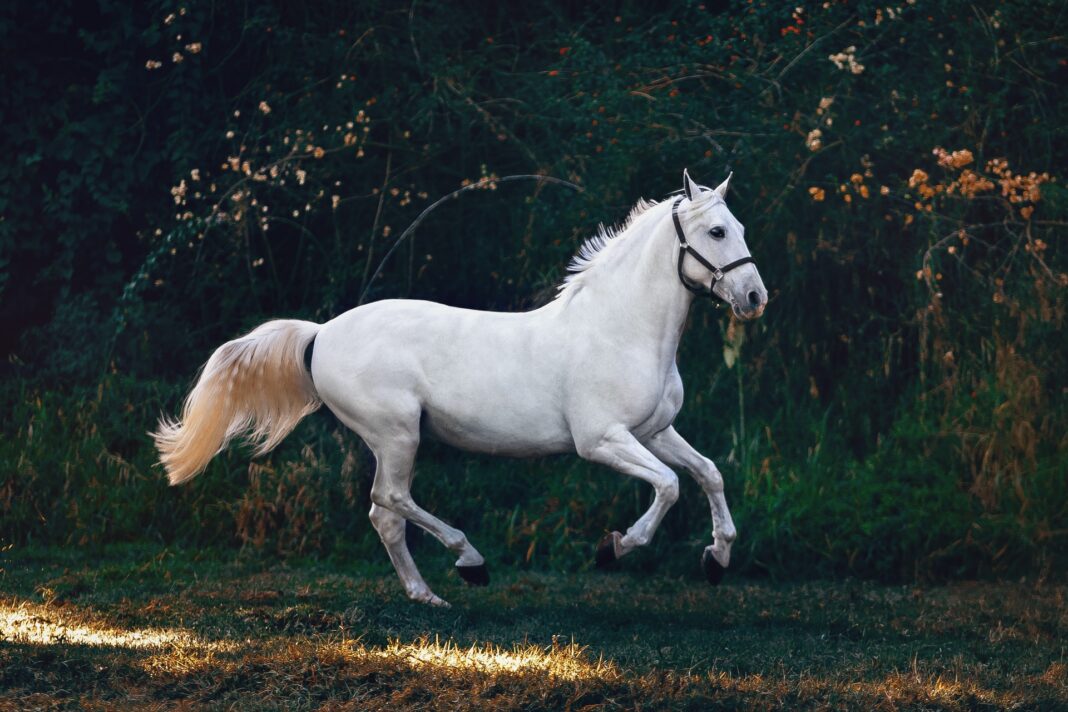 Marsha lived in the countryside with her mother and two younger brothers. Though she was the eldest she was only nine years old. Their house, a little mud hut,  stood on the mountain slope, grazing land for all the animals that lived in this village.

Marsha’s father died after a long illness. All the money they saved was spent during that time. The leftover wealth was four mountain goats and a beautiful white horse. It was a bad  summer for all of them. Grass dried up and animals had no food to eat. They had no money to buy straw to feed them. One after the other goats went to Abu Salim butcher’s shop. The goats were thin and Abu Salim did not pay much attention to the goats. Within a short time, all the goats were gone to the butcher to buy food. Their saved money was also gone. For two days they didn’t have food to eat. They drank some water and went to bed.

“ I must get something for the little ones, ” thought Hadija.  She took her bag and hurried to the butcher’s shop and asked for some food.

“ Your dead husband owed me 200 riyals. How are you going to pay back that money? Now you are asking more. … I have no money to give you.  Go to the graveyard and ask your husband for some money. ”

There was a French Soldier at the meat shop. He heard the story. He was from the nearby camp.

“ Take this note and buy some food. I shall visit you tomorrow evening, ”said the soldier.

“Thank You, Sir. Thank You very much ” she said in gratitude.

The following evening the soldier was at their door.

“Assalamu Alaikum” the French soldier greeted her in a broken accent.

“ Salam Alaikum” Hadija greeted him back.

The soldier brought a big box of food for them.

“some food for your children..” he said.

The horse did not get enough food for a long time. If she could sell the horse to the soldier it would get enough food to eat. She thought. She did not want to see their faithful horse die of hunger.

She explained the truth to the soldier. He was willing to pay 500 riyals for the horse…

“ That is too much, ” she said innocently.

“ Do you know how to make rugs? asked the soldier.

“ but I have no loom. The necessary materials cost a lot.”

“ If I buy everything necessary, will you be able to make rugs and sell them ?” asked the soldier.

“ Then come with me to the Market.”

Hadija agreed.   At the market, she chose all the things she needed to make the rugs.

Soldier left. Soon afterward Hadija asked her daughter to take the horse to the camp. Marsha felt sorry. She wept secretly. She kissed the horse and rode towards the camp.

Although Marsha did not part with the horse there was no other choice. She knew that her mother sold the horse and got the money. She also knew that if they kept the horse it would die of hunger. With a heavy heart, Marsha led the horse to the camp. When she went there the soldier was there with three other people. The stable was ready with some hay and a big bucket of water. There was a beautiful carriage behind the stable. Marsha handed over the horse, kissed the horse several times, and went home weeping.

When she went home Hadija was preparing the loom. Her brothers were helping the mother.

Marsha burst into tears. She could not speak a word. Tears rolled down her cheeks.

After countless days her mother prepared  a tasty meal. She cooked chicken rice. Bought goat milk, flatbread, and some sweets. The dining mat was full of tasty food. They sat beside the mat to eat. Marsha didn’t feel like eating. She munched a bit for the sake of eating. Then she went to bed before everybody.

“Don’t worry Marsha. I’ll buy a horse when we get money.”

Hadija worked at the loom till late at night and slept beside the children. Just before dawn, Marsha heard a familiar noise. She realised that it came from her horse. How can that be?….

She thought it was a dream…In the morning when she opened the door, to her dismay she saw the horse. It was a  pleasant surprise.

“ We cannot take the horse. We already got the money and spent some of it ”

“ You must give the horseback.”

Hadija thought for a while and said.

“Take the remaining money and give it to him. Tell him we would give the rest later “

Marsha took the money and rode back to the camp.

“ Sir .. “ She could not say anything. The soldier began to talk.

“ I know what has happened. you may take the horse back.”

“ This is all we have now” She tried to return the money.

“ I bought a carriage thinking that I could use it. But since there is no horse it is useless for me. I’ll give you the carriage as well. You can transport people and goods for a reasonable fare. It would make your life easy.”

“ Thank You, Sir. You are a messenger sent by Allah. May God Bless You
My name is Jean Pierre”.said the soldier tying the carriage to the horse It licked the soldier in gratitude.