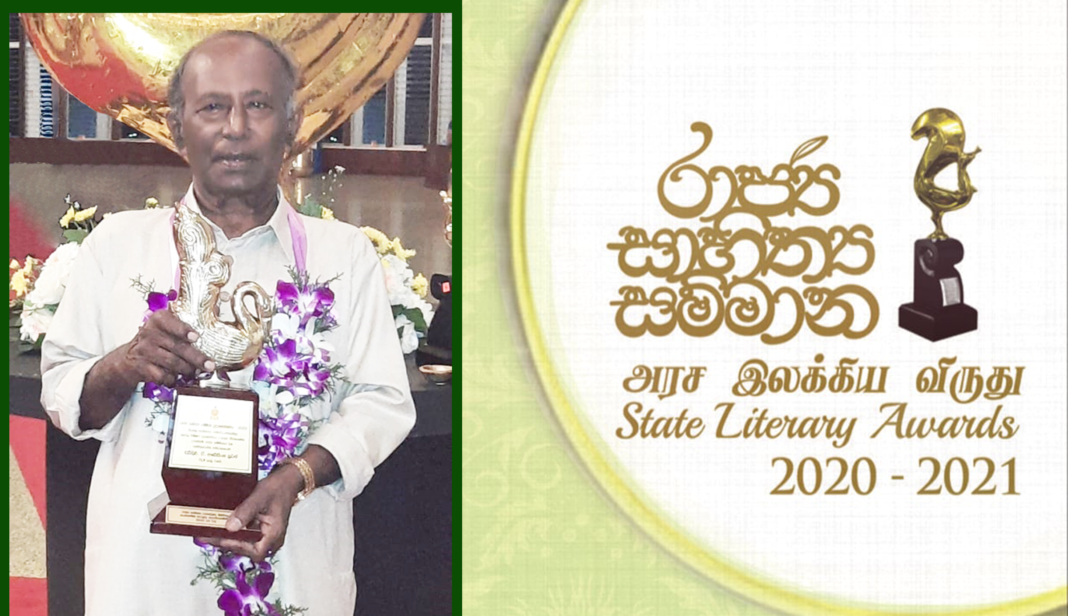 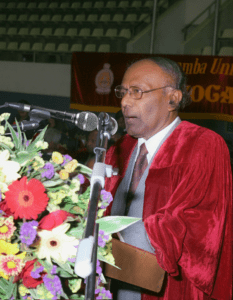 The veteran bilingual writer, to whose credit is a host of some three hundred titles, under varied classifications was awarded the prestigious Sahithya Rathna Sammana (2020), a rare recognition a Sri Lankan writer could hope to receive only once in life time, at the 2020/2021 State Literary Award Ceremony, held at the BMICH, Colombo on 03rd December 2021.

As a tiny literary bud which later blossomed into ever widening creative, critical and intellectual propensities, Abeysinghe’s literary talents were originally recognized and nurtured by his beloved gurus, the late Chandrasena Pannila and Somaratne Herath, during his secondary school days, at his Alma Mater, Central College Kuliyapitiya, during the era of legendary Lionel  Lokuliyana of literary and educational fame. During his formative years as a writer, he came under the aegis of Martin Wckramasinghe the doyen of Sinhala literature, about whom Abeysinghe was later destined to write the biography of the great man, entitled “Maha Gathkaru Watha” in three volumes running into some one thousand five hundred pages, which is considered to be his Magnum Opus, in the year 2009.  This ambitious and enthusiastic young writer also came under the influence of Udakendawala Siri Saranankara Thera of Lenin Peace Prize fame, who threatened to sacrifice his life when USA attempted to carry out nuclear tests in the Christmas Islands. 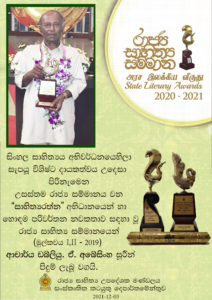 It was an interesting coincidence that Abeysinghe  received the state literary award for the best Sinhala translation of the massive novel – First Circle, (one of the most prominent novels of the last century written by Alexander Solzhenitsyn, the controversial Russian writer, Nobel Prize  recipient), at the same literary festival where he was elevated to the position of Sahitya Rathna. 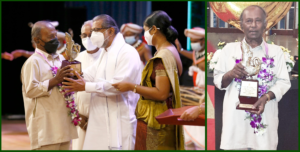 He was twice honoured by the Government of Sri Lanka conferring on him the National Honours namely, Sri Lanka Shikhamani – 1992 and Kala Keerthi – 2017.

In recognition of his scholarship and voluminous writing on many literary and academic fields, Wayamba University Sri Lanka conferred on him Doctor of Literature (Honoris Causa) in the year 2010.