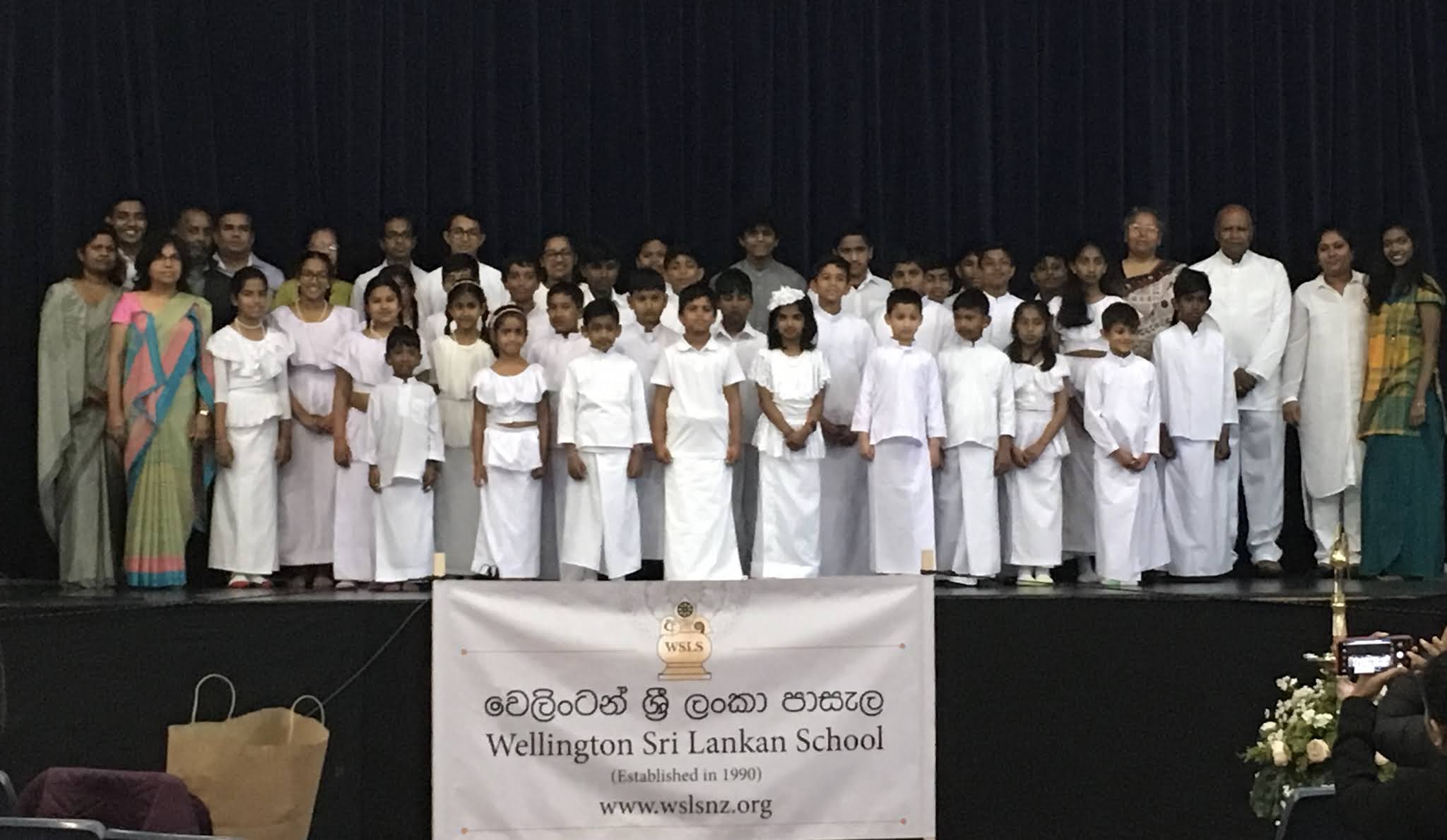 How the School began

The year 1990 saw the birth of the Sinhala Class in Wellington. It was housed at the Batchelor Street Community House in Newlands (Community House has now been replaced by the Newlands Community Centre). The families who supported the setting up of the class included:

The teachers were late Mr.Karu Wijewardena(retired Principal of Polgahawela Central College, Sri Lanka) and his wife Hema (retired teacher of the same school). The setting up process was coordinated by Gamini Settinayake.

At the end of 1991 the class had to be discontinued owing to the Wijewardena family leaving Wellington to reside in Dunedin. In 1992 Seedevi De Silva initiated a Sinhala Class at Oswald Church Hall in Newlands. This class was supported by:

Since the beginning of 1993 the two Sinhala classes were combined and relocated to Redwood School, Tawa owing to an increased number of students. In 1995 the classes were relocated to Paparangi Primary School Hall and then to Newlands College, Newlands. In 1996 the classes began at Rewa Rewa Primary School, Newlands occupying 3-4 classrooms and continued until end of 2006. After this period of 10 years the Newlands Sinhalese School (name formalised in 2000) relocated to Tawa College, Tawa and currently occupies five classrooms with over 40 students in it’s roll. The school’s name was changed to Wellington Sri Lankan School in 2007.

The Sinhala curriculum was reviewed and updated several times to bring it in line with current needs. For this purpose several workshops were held to obtain feedback from teachers and parents. Additional resources were obtained from the Dept. of Education in Sri Lanka and the Victoria School of Languages in Melbourne.

In 1996 late Mrs. Swarna De Silva (retired teacher, Ananda College, Colombo) introduced Buddhism into the school’s curriculum. In 1999 when she went to Sri Lanka, her son Lalith De Silva started teaching the subject and continues doing so to date. As a result in the ensuing years students received a good exposure to Sil programmes, Annual Vesak ceremonies and Bakthi Gee programmes to enable them to appreciate the practical aspects/ rituals of Buddhism. These programmes were supported by the Stokes Valley Buddhist Monastery and the Dhamma Gavesi Meditation Centre, Wainuiomata. Interested students have sat for the International Buddhism Examination since 2017, conducted by the Colombo YMBA.

Teacher training and development programmes were initiated by Seedevi De Silva and conducted by Dr.Kalyani Wijayawardana (An experienced teacher trainer currently serving as Senior Teacher at Samadhi Vihara Sunday School, Christchurch). A library (books and videos) for the school was established in 2000 by Wimal Herath. The school was granted approval as a charity by IRD in 2000. As a result, a constitution was formalised and an accounting system established by Gamini Settinayake. Grants required to fund several school projects were successfully obtained by Dhammika Muthumala.

Recognition of School’s contribution to child and youth development

In 2012 and 2016 WSLS was recognised for it’s services to the community by the Wellington Airport Regional Community Awards. In 2019 it was nominated as a finalist with 9 other organisations under child and youth development category.

In 2012 Seedevi De Silva was recognised for her services to the community at the North Wellington Voluntary Services Awards ceremony.

In 2015 a magazine was compiled and published to mark the anniversary by a committee comprising Gamini Settinayake, Chamila Sudusinghe and Nilanga Paranagama. The online version could be viewed by accessing the WSLS website (www.wslsnz.org). Sumudu Samarawickrama (a parent/ web-developer) upgraded the school’s website last year.

At the 2015 annual prize giving the following teachers and parents were recognised for their outstanding contributions:

In 2016 Gamini Settinayake was recognised for his services to the community at the North Wellington Voluntary Services Awards ceremony.

The school pays tribute to the following for their dedication, commitment and valued contributions:

Omicron: What is this new ‘High Global Risk’ Covid-19 Variant?

ABOUT US
ශ්‍රී LankaNZ(ශ්‍රී ලංකන්ස්) is a free distributed Sri Lankan Community Newspaper that aims to reach a Sri Lankan population all over New Zealand.
Contact us: info@srilankanz.co.nz
FOLLOW US
SriLankaNZ Limited © 2019 - 2022