Allow me to introduce myself – Pepeha

My Maori heritage hails from Pirongia in the mighty Waikato where my Grandfather lived.

My Bohemian ancestors genetically blended with Maori in this region

My Maori genealogy of origin is traced to Raglan the east Coast of the North Island, Waikato.

This is my name Laura-Jane, this is who I am.

Thank you, it is an honor to share with you a little about my heritage.

Since I moved to Stokes Valley in 2018 I have been blessed to enjoy the surrounding local bush, native birds of the tranquility of Bodhinyanarrama Buddhist Monastery.  As I walk the monastery track’s and reflect on my cultural heritage I am spiritually awakened by other cultural diversities and similarities to my own.

I feel most connected when I am surrounded by the natural beauty of Mother Earth (Papatuanuku), to invigorate my body and calm my mind.  Papatuanuku fills my spiritual cup and has inspired me to share some of the traditional Maori values and beliefs that are akin to other cultures.  Like most cultures, respect of our elders (kaumatua) and the nurturing of our younger generation (tamariki) are the seeds we sow to retain the history of our indigenous people of the land (nga tangata o te whenua) .

The ancestors of New Zealand’s indigenous Maori people are said to have arrived from an East Polynesian region known as Hawaiki.

The first Maori explorer to reach NZ was Kupe.  Using the stars and ocean currents as his navigational guides he ventured across the pacific on his voyaging canoe (waka) from his ancestral Polynesian home and of Hawaiki.  You will not find Hawaiki on a map, but is believed Maori came from an island or group of islands in Polynesia in the South Pacific Ocean.  There are distinct similarities between the Maori language and culture and others of Polynesia including Cook Islands, Hawaii and Tahiti. Some historians and archeologists believe that New Zealand’s origin migrants came from several locations including the Cook Islands and first settled on the Chatham Islands before colonizing on the main land of NZ.

Maori have strong spiritual bonds to the land.  Paptuanuku provides unity and Identity to her people and sustains them.  It is with high regard and standards that we protect our land and water from erosion and contamination. That we preserve our native forests and waterways with dignity, respect and gratitude that it deserves. Maori regard land, soil and water as treasures (taonga)

Once the harakeke (flax) has been cut and hand processed it is then weaved and woven into precious gifts and treasures (taonga).  Weaving is for practical purposes like baskets for food (kai) that is cooked in an underground oven (hangi).   Floor mats are also made to sit on, as well as bags (kete) to carry your foraged goods, shells & tools. Art work and adornments is also made with flax, arm bands, weaved flowers (putiputi) and large internal wall panels (tukutuku) for meeting houses (wharenui). Attire is also weaved, in the likes of skirts (puipui) that move and osculate during cultural performances (kapa haka) or cloaks (korowai), worn on special occasions that hold stories of our history or family (whanau) and genealogy (whakapapa).  Korowai are held in the highest regard and worn with the highest form of respect.  At times these are gifted to guests (manuhiri) as a form of respect and honour. 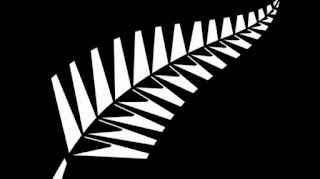 The spiral of a silver fern is symbolic in many forms of artwork, carving and tattooing of the Maori culture.  A koru symbolizes new life, growth and strength.

Pounamu is a rare green stone found mainly on the West Coast of the South Island; it is a very sacred (tapu) treasure (taonga) of the land.  Traditionally pounamu was used for everything from jewellery and adornments signifying status (mana) to tools and weapons.  Often used as a gift and as a symbol of peace.

Often worn as a pounamu pendant or displayed as a carved wooden statue.  The history of tiki culture was first discovered in Polynesia, tiki carvings are said to represent a Polynesian God.

Unique to Maori culture is the marae, a communal and sacred meeting ground that provides eating (hangi, kai) and sleeping (moi) space with religious and educational facilities. Before Europeans (pakeha) settled, the marae was central to everyday life.  It is where tribal societies gathered to eat and sleep under the same roof.

It is in the marae where one can stay connected to their spiritual ancestors, to pray (karakia) and teach the young (tamariki) of the local tribal history specific to that region.  It is in the marae you will notice the unique woven tukutuku wall panels symbolizing genealogies.

Kapa Haka is an emotional and powerful combination of song, dance and chanting performed by cultural groups on the marae.  Kapa Haka allows Maori to express and showcase their heritage and cultural identity through song and dance.  Performances are never the same, each iwi and kapa haka group has their own unique compositions, songs and movements specific to their location and group.  Songs (waiata) are also an important part of Kapa Haka.

Kindergarten or Play Centre (kohunga) is where kiwi families send their children to play and learn with other children. In 1982 New Zealand had a cultural movement and Kohunga Reo was born into families (whanau) kohunga educated children (mokopuna) are immersed in Maori language (te reo) and culture (tikanga) from birth to age 6 years.  Adults are encouraged to become involved to extend their own language and cultural learning. Ironically the first Kohunga Reo was opened right here in Lower Hutt, ‘Puketua’ in Wainuiomata was first to officially open and by 1994 there were 800 Kohunga’s all over NZ.

Maori stick games (ti ti torea) consist of rhythmic throwing and catching of sticks (te rakau) from person to person.  Traditionally boys and young men (tama) used this game to increase dexterity and alertness, while girls (hine) and young woman were thought to benefit from increased adroitness for poi and dances.  It’s a beautiful chant and a fun game to learn, I have fond memories of playing this game with my sisters.  I suggest children try ‘you tube’ ‘te rakau sticks’ to learn.

These are also fun to make with long lengths of plaited wool wrapped around  a ball on the end which can be filled with rice of pillow stuffing inside a tight stocking or plastic bag.  Poi is used in kapa haka, and is designed to strengthen co-ordination and flexibility.  I suggest children try ‘you tube ‘poi’ to learn.

Rahui is a form of sacred taboo (tapu) forbidding access to, or use of an area or resource.  Rahui may be imposed for many reasons; including a need for conservation of food resources or because the area concerned is in a state of tapu due to a recent death in the area.  Rahui is put in place out of respect for the dead and to prevent the gathering of food there for a specific period of time.  Rahui may be placed on land, river, seas, forests, gardens, fishing grounds and other food sources.  Rahui is also imposed at times of a special purpose or function, where great trees (kauri, rata, rimu, matai) may be felled to be used for carving or flax (harakeke) harvested for weaving. 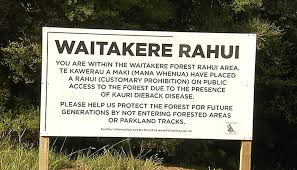 Commonly known as a tangi, an occasion for communities and family (whanau) to gather and show outward expression of grief for a person who has died.  A tangi is held on the meeting house (marae) and generally take 3 days with burial on the third day.  Women openly wail and shed many tears while staying surrounded around the deceased.

A prayer used to invoke spiritual guidance and protection.  Karakia is used to increase the spiritual goodwill of a gathering, a formal greeting when beginning a ceremony or to bless another.  It is a sign of respect to express a karakia when gifting or craving in to precious stones like green stone (pounamu), or when using the feathers of a native bird for adornment and when felling indigenous trees or killing and gathering  food (kai).

I trust you have received insight into the cultural side of my whanau with a snap shot of Maori culture and the values and beliefs in generations of cultural New Zealand.  Thank you for taking the time to read this article, I sincerely hope you get to take away some value and learnings from the expressions of the Maori way of life.

Stepping up to stamp out Delta

This is long – but important | Message from PM Jacinda Ardern

“War is” by Dineth – Wellington

Should countries accept more migrants than they currently do? | CJ Ekanayake