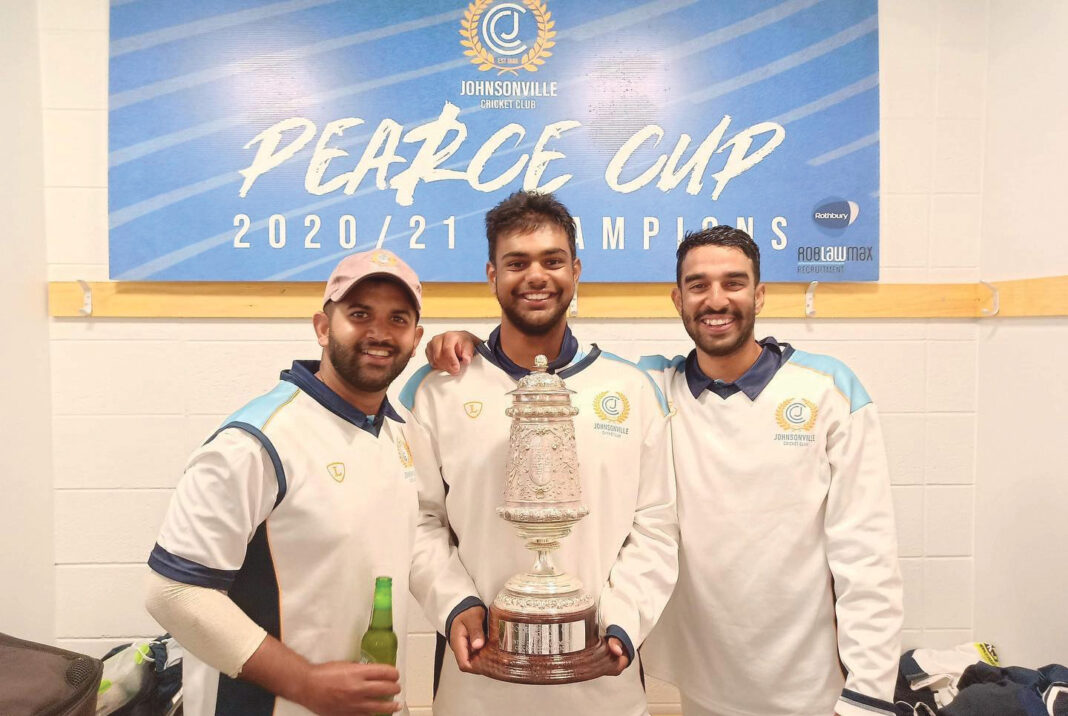 Making into a Final of the Wellington Senior Cricket and lifting the coveted Pearce Cup trophy is a childhood dream for most cricket players. Three humble Sri Lankan boys representing Johnsonville Cricket Club registered their club into the history books. Raki Weerasundara, Devan Vishvaka & Hareen Silva are the names to remember during this whole article.

This three day Grand Final encounter was played on Friday 26th-Sun 28th March at Alex Moore Park versus Taita District. Johnsonville Club lead by Raki Weerasundara had to face their toughest opponent on that day after losing to the same Taita Club at the Ewen Chatfield Trophy back in January. Taita came to this final with their tails up winning the Ewen Chatfield Trophy and making it to the T20 final. Youngster Devan Vishvaka and Captain Raki Weerasundara sit second and fourth respectively on the top run-scorer ladder coming into this final.

A Captain’s knock from Raki Weerasundara (199*) well supported by opener Devan Vishvaka (131) and Hareen Silva (48) stamped their mark on proceedings that secured the Trophy for Johnsonville. To top it off, all three players held on to some good catches in the outfield.

Raki was unfortunate to miss out on a well-deserved double century when he ran out of partners with one shy for the milestone.

A glimpse of the respective player’s cricketing journey so far:-

It is exciting to see Raki, Devan and Hareen making our Sri Lankan community proud with some prolific cricket performance and putting our small island nation on the New Zealand Cricket map. We are sure you lads will be an inspiration to many more Sri Lankan cricketing youngsters in New Zealand.

Congratulations on winning the most prestigious Pearce Cup Trophy in Wellington Cricket. We are so excited to see you thrive. Keep pushing upward and onward lads!