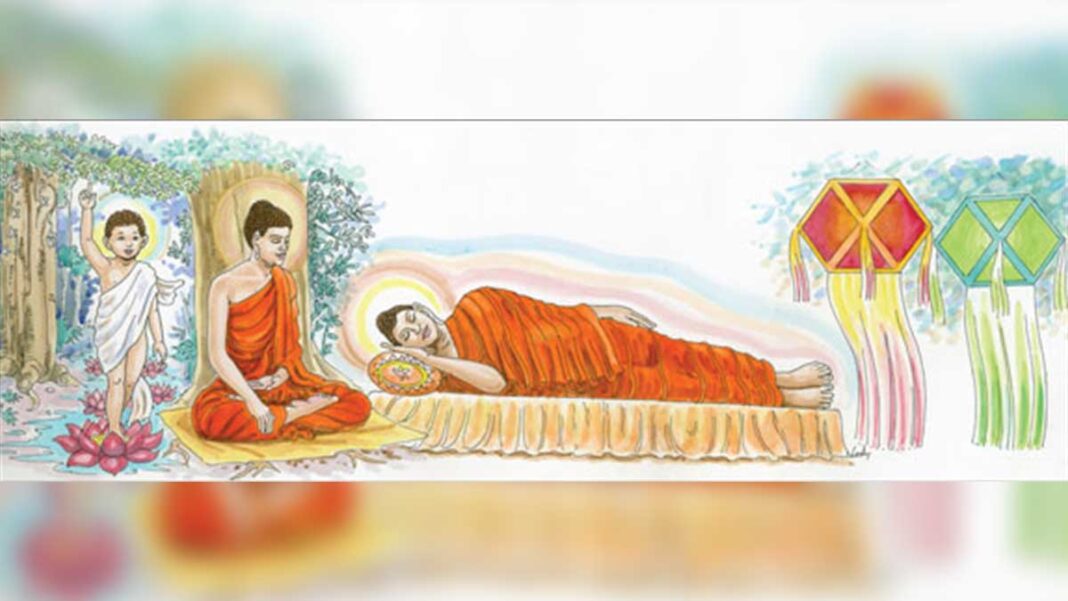 Vesak Poya falls on the Full Moon day of the month of May and marks 3 important events in Lord Buddha’s life:

All these events occurred on a Vesak Day.

For Buddhists all over the world, who number 535 million, Vesak Poya day is an important day of commemoration, the chief aim and expectation being religious observances.

In 1999, due to the untiring efforts of The Rev. Bhikku Nayanaponika (of German descent & living in Sri Lanka) and the Sri Lankan government, The United Nationals designated Vesak as the ‘The International Day of Vesak’ and is commemorated ay the UN and its branches worldwide.

It seems to be a bit of a misnomer to say that we ‘celebrate’ Vesak. As it implies jollification & partying au contraire. It is a day for commemorating Lord Buddha’s life and his teachings and the emphasis should be on religious activities.

In Sri Lanka and other Buddhist countries, during Vesak, the slaughter of animals is prohibited and bars and liquor shops are closed. This helps Buddhsts to observe the 5 precepts properly at least on Vesak Poya day. This does beg the question; Why can’t we have everyday as a vesak day?

Those of you who spent their childhood in Sri Lanka will recall with nostalgia ‘Vesaks Past’..
Leading up to Vesak, the whole family getting ready with the making of ‘Vesak Koodu’ like ‘Ata-Pattan, Tharaka & Nelum-Mal’. These would be illuminated on Vesak night and they were a wonderful sight. On on morning of Vesak, families dressed in white clothes go to the Buddhist temple for religious observances.

Offering ‘Gihan Pasa’, reciting the requisite Buddhist chants  and bathing the bodhi tree while the aroma of freshly lit incense sticks and flowers waft through the temple gardens creates a wonderful and serene atmosphere for temple goers. Many observe ‘Sil’ while others engage in meditation and we give alms to those in need. There are open booths ‘Dan Sal’ throughout villages and towns alike that serve free food to all.

In the evening, the country is illuminated with Vesak lanterns and lights. The high point being Vesak pandals – large illuminated structures with beautiful paintings depicting ‘Jathaka Stories’ from the past lives of lord Buddha. Children’s eyes light up with excitement as they walk through the streets with their families taking in all the colorful sights.

May Vesak continue to be commemorated for years & years to come.

May you attain the supreme bliss of Nibbana!