Victor – A Centenarian – One among few in NZ 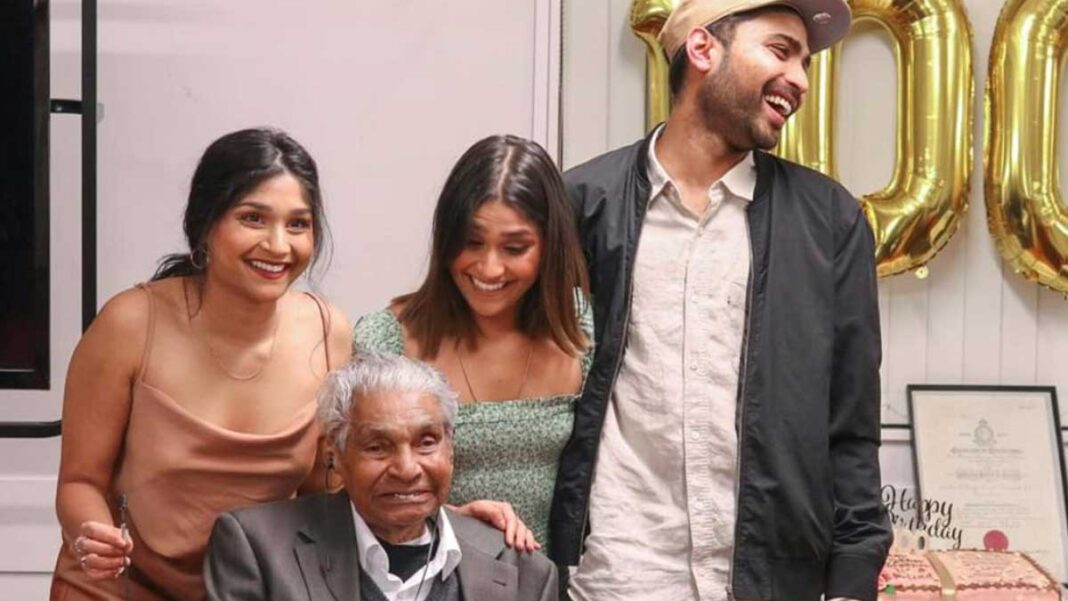 Victor De Silva was born in Kathaluwa on the 5th of July, 1920 to Mr and Mrs Andris Silva. He is one of five siblings. He married Sumithra de Silva in 1948. Together they had two sons, Uperaj and Mano and a daughter, Dipunsara.

This year Victor celebrated his 100th birthday. In Victor’s 100 years, his achievements are many and throughout his personal, academic and professional life. He obtained a Bachelor of Arts and, later, studied further to be admitted as an Advocate of the Supreme Court of Ceylon. He held many government positions under Ceylon Administrative Services and after retiring, practiced primarily as a civil lawyer. He worked until he was 80 years old after which, he migrated to New Zealand with his wife to live with his daughter and family in Wellington.

Victor has five grandchildren and has also been blessed with a great granddaughter. Victor is an avid reader and often described by his grandchildren as a “walking talking dictionary”. His days are spent delighting his family and friends with his wisdom and good wit.

When asked by a doctor what his secret to longevity was he said, “Doctor, I try hard not to harm any living beings – not even a mosquito.”

May Victor be blessed with many more years of good health, happiness and inner peace.