One peaceful Sunday morning, I enjoyed the favourite hobby of mine reading the newspaper in our living room. I was rudely disturbed by a loud banging on our gate. I got up outraged and ran out to admonish whoever was bold enough to bang on our gate and disturb my peace. The man standing outside wearing a tattered shirt and a dirty sarong had a frayed coil of rope in one hand and a curved knife on the other. I immediately recognized him to be a tree climber because of the rope he carried with him. He looked at me with a pathetic look and asked me to give him something to eat. To me, he looked like an alcoholic and asthmatic patient because he was wheezing quite audibly. As I also suffer from a mild form of Asthma from time to time, I felt sorry for this man and gave him 50 rupees. 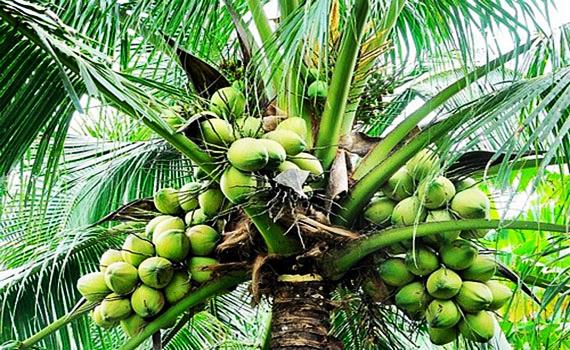 ‘No business today?’ I asked him. ‘What business, Sir?’ he looked up and told me, ‘do you see any coconut trees around?’ I looked up and around but could not see any tree except the mango trees in our garden. I also have a small king coconut tree which may have prompted him to knock on my gate. Unfortunately there were no king coconuts for plucking. He thanked me profusely and went on his way.

Thus began my friendship with Vasantha the tree plucker. I still do not know what got me close to this man who looked a real loser. He came back after about one week and stood near the gate this time, knocking very gently. He was wheezing badly and pulled out a Ventolin inhaler from his shirt pocket and showed it to me. I recognized the inhaler as I used the same brand when I got cough attacks. He asked me for some money to buy an inhaler. I went inside the house and gave him my inhaler, which he accepted gratefully. After that, this became a recurring affair as I always parted with my inhaler whenever he showed me his empty one. On some nights, when I had asthma attacks, I did not have an inhaler as I had donated mine to my tree climbing ‘friend’. Neelanganie always pleaded with me to have an extra inhaler in case of an emergency, but it never happened due to my negligence.

As I got to know Vasantha the tree climber better, he told me that we was married with two children, a son and a daughter. His son had abandoned his studies at a young age and worked in a garage as a trainee mechanic. His daughter, who was about 16 years old, was going to the nearby school in Mirhana. Wife worked as a Daily helper and earned a little to support the family. He lived near Mirihana cemetery and walked all over, looking for trees to climb. It was a hard life, and I cannot blame him for getting addicted to alcohol. It would have relieved him of aches and pains suffered due to climbing trees all day. One day I asked him to climb and pluck mangos from the two trees in my garden. I was somewhat scared to let him climb the tall trees considering his weak physical condition. To my amazement he climbed the trees like an agile monkey and moved from branch to branch with consummate ease! I was mesmerized by this frail man’s agility. Afterwards, I asked him whether he would do the same job for our dear neighbour Latha as they also had a tall mango tree in their garden.

I also told him not to charge too much as they are like family to us. He smiled innocently and readily agreed to do the job. Vasantha finished the job with ease and climbed down. He charged my friends double and took 10 mangos home as well. When I came to know about this later and admonished him for not heeding to my advice, he smiled sheepishly and whispered, ‘Sir, I saw three cars parked in the compound when I climbed. One jeep, one Benz and one Toyota.  What is wrong in charging them little more?” I charge you less because you have only one car and you always give me your inhaler” I just could not argue with his logic!

I heard whispers of some people that my friend Vasantha was a drug addict. In fact I confronted him and asked him about this, but he vehemently denied this accusation. I sometimes wondered whether he was taking me for a ride, but I did not want to pursue the matter. His visits became frequent, and I always helped him with money and clothes. Neelanganie always obliged with some food and plain tea which he preferred over milk tea. One day he came limping and told me that he was entering Kalubowila hospital for a Hydroseal surgery. He lifted his sarong and showed me his hugely enlarged scrotum to prove that he was telling the truth! I gave him some money and sent him wishing him speedy recovery.

Vasantha did recover from surgery and returned after about a month. He looked reasonably well and confessed to me that he had gone off booze altogether. That vow turned out to be short-lived as he showed typical signs of hangovers in his later visits. I never blamed him for drinking because that was his only escape route for getting away from harsh reality which he faced day in and day out with absolutely no hope of a better future. I only asked him to drink moderately, which again was a very unreasonable request!

When the time came for us to leave Sri Lanka on a three month holiday to visit our children, I told him to take care of himself while I will be away. He cried and told me, ‘Sir, I will not last till you come’. I laughed and said to him that he would outlive me by at least ten years. I gave him some money, and he went away still wiping his tears carrying his tools of trade.

I thought about my friend many times while we were holidaying in Australia with our beloved children. Is he doing alright? Is he still drinking? Is he managing to survive with his meagre income? I knew the answers to all these questions, but I refused to believe the truth. After returning to Sri Lanka and settling down, I wanted to meet my friend as soon as possible. Living in abject poverty, he never could afford a cell phone. I also did not have his address.

I remembered a beetle seller in Kohuwala where Vasantha used to go and hang around when he did not have work to do on some days. Expecting to get some information, I walked to the boutique and inquired about him from the Beetle seller. At first he was not sure of the person, but later on he exclaimed ‘Ah, Vassa! The rascal died, you know, Sir. They held his three-month almsgiving on last Sunday’. I was shocked beyond comprehension and asked him how my friend died. ‘Vassa got drunk with kasippu and went to sleep near a water hole. He fell into water and drowned’.  How did you know him, Sir?’ Beetle vendor asked me. I told him that Vasantha visited me on and off, and I helped him whenever I could assist him. ‘Sir, are you from Melder Place?’ The vendor asked me. When I answered yes, he said that Vasantha spoke to him on several occasions about a ‘kind mahathaya’ who helped him! I am not sure whether he referred to me or another ‘kind mahathaya’ from Melder Place. ‘No point in helping a man like him, sir. He was an alcoholic, and a drug addict,’ vendor said.

I walked back home thinking of my friend Vasantha and trying to relive the few moments we had together. In life, you never know which conversation will never be repeated, with whom you will never argue again, and where you will never return. You never know how the next story in your life will end. Vasantha fought his battles as long as he could and went away. I still remember our first meeting. ‘Look around, sir. No trees to climb.’

I was very saddened by the untimely death of my friend. I also realized that whispers I heard about him being a drug addict was true. Vasantha tried hard to survive in harsh conditions and bring up two children with his meagre income. I will not hold a grudge with him for not admitting to me that he was on drugs. Who would openly confess to being a drug addict? Very few would.

His life reminds me of William Blake’s famous poem, ‘To See a World.’

‘Every night and every morn

Some to misery are born

Every morn and every night,

Some are born to sweet delight

Some are born to endless night.’