More
Home New Zealand Finding my place in the land of the long white cloud –... 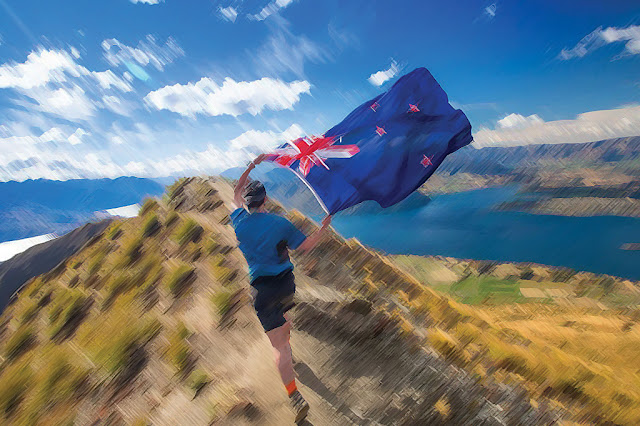 The word “attraction” is defined on Google as the action or power of evoking interest in or liking for someone or something. As a teenager, when the hormones are rampant, feelings are on a relentless rollercoaster ride. It is a step by step journey leading up to and beyond puberty. How do you find your true self when you barely recognise the person staring back at you in the mirror?

Beauty is not skin deep. Yet, our eyes rarely wander past the extremities. Hair was a central point in the image I built for myself. Many boys in Sri Lanka rely heavily on wax and hair gel to style their hair. Many hours are spent flaunting the hair in an endless display of showmanship. In retrospect, it is simply amazing that a few centimetres of your body control so much of your self-perception. After a year in New Zeland, I was ready to express myself to this alien world. The parted hair departed, and the spiky hair appeared!

“Attraction” is multi-faceted. We may be attracted to the physical appearance, but you cannot underestimate the expression of motion. With two limbs and two legs, our body is capable of an incredible amount of movement. Dance provides a unique opportunity for humans to showcase their physical coordination. When I was asked to take part in Sri Lankan dance classes, I was hesitant at first. How can I perform in front of people? What if I look stupid? Many thoughts raised through my mind. These feelings were mixed in with a sense of duty to help promote Sri Lankan culture in New Zealand. I also knew that my parents would be happy to see me take part in a Sri Lankan cultural activity. In many immigrant families, children are encouraged to take part in cultural activities from their homeland. I believe the primary thought behind this practice is to immerse the child in the parent’s culture, in the hope that it helps shape their identity. In retrospect, I am thankful for my time at the Sri Lankan Dance Academy. In a foreign world, dance was a great medium to express my feelings. It was a unique opportunity to be amongst so many other Lankans my age while we shared our heritage.

The dancing classes were a melting pot of culture and teenage emotion. “Attraction” was undoubtedly in the air. The sheer number of teens with similar cultural backgrounds created a unique environment for all parties involved. We bonded and shared our lives. The boys and the girls had their own circles. On many occasions, these groups came together and dispersed. It was a constant union and a separation driven by attraction and duty. A dance of culture on stage and a ballet of courtship off it. As I later discovered, many parents were not opposed to the dynamics of this environment. Most had hoped that their child would find a Sri Lankan partner while taking part in cultural activities.

As a young immigrant boy, dating is a daunting process. The Sri Lankan society that I grew up in was starkly different from New Zealand. In Sri Lanka, waving to a girl from the school van was a special event that pronounced your affection. The innocence of young love is beautiful. In New Zeland, teens were far more forthcoming of their feelings. It was not unusual for a 13-year-old to pronounce their love in public. For an immigrant teen with an accent, that was not an easy task. When the cultural divide is so vast, the language of attraction is lost to the teenage mind. Fortunately, as time passed, I learned to express myself in this brave new world.

School parties were another stage for teens to explore the rules of attraction. The girls dressed in their best attire and the boys were keen to appear “cool”. It was a common opinion that alcohol was the key to connect with each other without natural inhibitions. Many parties involved the consumption of alcohol despite the legal age for purchasing alcohol being 18. As data from a 2011 alcohol advisory council report indicates, 61 percent of New Zealanders between the ages of 12-24 consume alcohol. Evidence also suggests that alcohol leads to other negative behaviours such as brawling and destruction of public property. However, most immigrant teens had to be more controlled at these high school parties. Strict curfews and stringent cultural expectations were central to the behaviour at social events. Hence, most immigrant high school students were cautious about engaging in harmful cultural norms, such as drinking alcohol.

It is an enormous challenge for teens to appear attractive to a world that is quick to judge. For an immigrant, this trial is amplified by a cultural divide and an endless stream of expectations. Nevertheless, I believe that the key to attraction is knowing yourself. The culture, hopes of those around you, and physical attraction should not govern your thoughts on how you appear to the world. In simple terms, you are as beautiful as you believe.

As the statement goes, “you are also what you eat”. Food is at the centre of all cultures around the world and essential to assimilate in a new society. In the next article, I will explore changes in my diet as I found my place in the land of the long white cloud.

The SrilankaNZ Newspaper – The Issue 4 Online version is available Now…