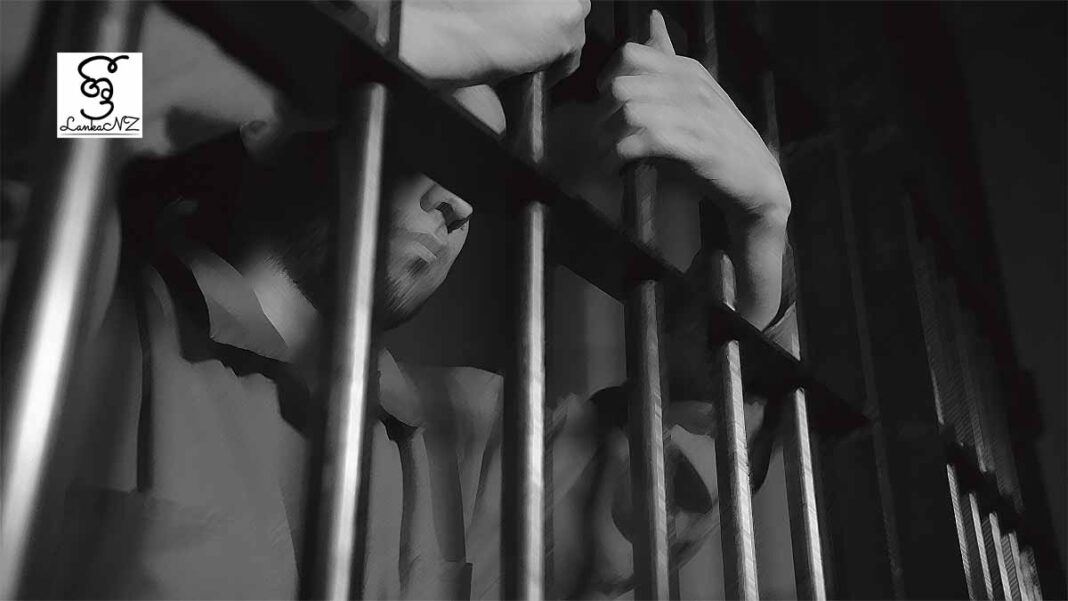 Everyone calls you  684, do they forget your name?
Are you happy with it?
You can’t change your past
But  try to change your future
In the cold cell so dark so deep
Can you bear this  silent
The life beyond the bars is the one you hope to live
A prisoner who wants to be free.

In 1862 New Zealand’s oldest prison was built by the Hawke’s Bay Provincial Government in Napier. It was originally built as an army barracks and was used until the early 1990s, being officially decommissioned in 1993. In addition to being a prison, the location was also used as an orphanage and a psychiatric unit.

The former prison has outstanding historical significance for reflecting the early development of New Zealand’s penal system and is the most complete example of a purpose-built prison from the provincial government era (1853 – 1876). It is of further special historical significance for including its special aesthetic qualities and completeness, authenticity and integrity make it one of New Zealand’s key heritage sites for educating the public about the development of New Zealand’s penal system. 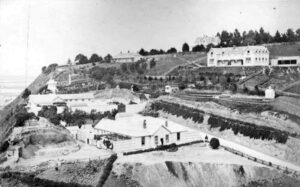 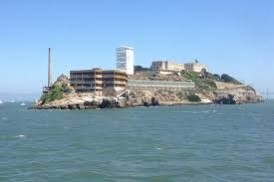 The prison is also the only place you can still see the original path of the deadly 1931 Hawke’s Bay earthquake. It serves as a haunting reminder of the natural disaster that claimed 256 lives and left the coastal community devastated for years. 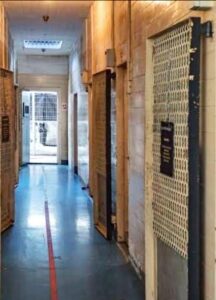 The evidence of the massive 1931 earthquake surrounds you as you explore the prison. The ceilings are twisted, the walls are warped, and the floors bear very visual evidence of the huge buckling that occurred underfoot. When you looked down one of the prison’s long halls, you couldn’t miss the obvious damage the earthquake did to this building and it was easy to see just how it could cause so much damage throughout the town.

The huge prison wall that surrounds the place took two years to construct and was built entirely by prisoners. While doing time, the inmates passed the days by painting a huge mural on the wall of the courtyard.

It is said that the earliest inmates who died here were buried upright in the graveyard so their souls could never rest. Ghosts are alleged to roam within the prison walls. Apparently, there was no escape even in death. Anyone who enjoys spine-chilling tales can take the ghost tour!!

During the 19th century, four hangings were conducted at the prison. The first was in 1872, and the last one was in 1889. The most popular hanging at Napier was that of Rowland Edwards in 1884. He had cut the throats of his wife and four children after a premonition that they were about to be consumed by fire. 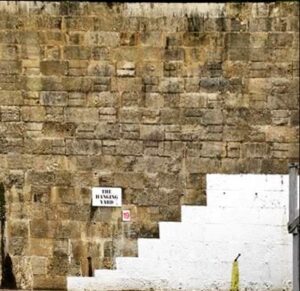 Rowland’s grave, surrounded by a picket fence, is in the courtyard where he was hanged.

Napier Prison is said to be haunted by the ghosts of inmates past. Back in the cell-blocks through the clanging iron doors into the imagined horror of life behind bars and recoiled from the cramped, damp, and gloomy atmosphere. In the cells, high grilled slits served as windows, and let in just enough light to decipher some of the messages scribbled on bed boards by hapless jailbirds. Few were cheerful or held any hint of hope.

Some of the tour guide residents also say they have seen floating faces, and heard unexplained footsteps and doors slamming. The television show Ghost Hunters International visited the prison in 2011

In one bright corner of the prison comprising a small garden of colored tiles and statues. It was created by 10 high-risk teenagers who a few years ago were given a second chance by staying in the prison for a month and undergoing a rehabilitation program that was filmed for a TV documentary called Redemption Hill, although the experiment was partially successful. 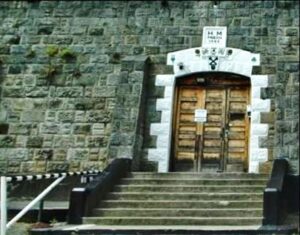 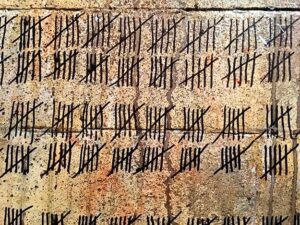 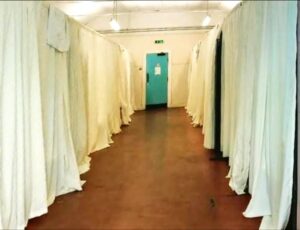 By 1909 Napier Prison was described as the worst prison in New Zealand and there were calls for its closure. It remained open, though in 1919 its status was reduced to a police gaol, mostly housing short-stay prisoners. Despite its reduced status and the ever present threat of closure, the prison was maintained and in fact, continued to evolve throughout the 20th century. Repairs were made after the prison suffered severe damage in the 1931 Napier earthquake and several new buildings were added in the 1950s and 1960s. Overcrowding was an issue during the 1970s and 1980s but the ageing prison cells remained in use until December 1993 when the last prisoners and staff were transferred to Mangaroa Prison. In 2002 the former prison opened as a backpackers and prison tour operation. 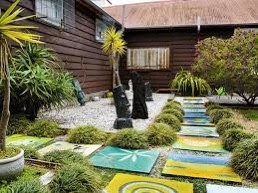 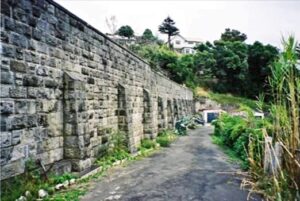 Nowadays there is fun to be had at the prison. Four cells have been set up as ‘escape rooms’.  Enter one of these and try to find your way out through puzzles, questions and by following storylines. In one cell a ‘prisoner’ is handcuffed and blindfolded and (under supervision) given an hour to work out how to make their escape.

Sknitch!  Did you hear that ;