What is Climate change? Article by Buddhima Wickramarachchi 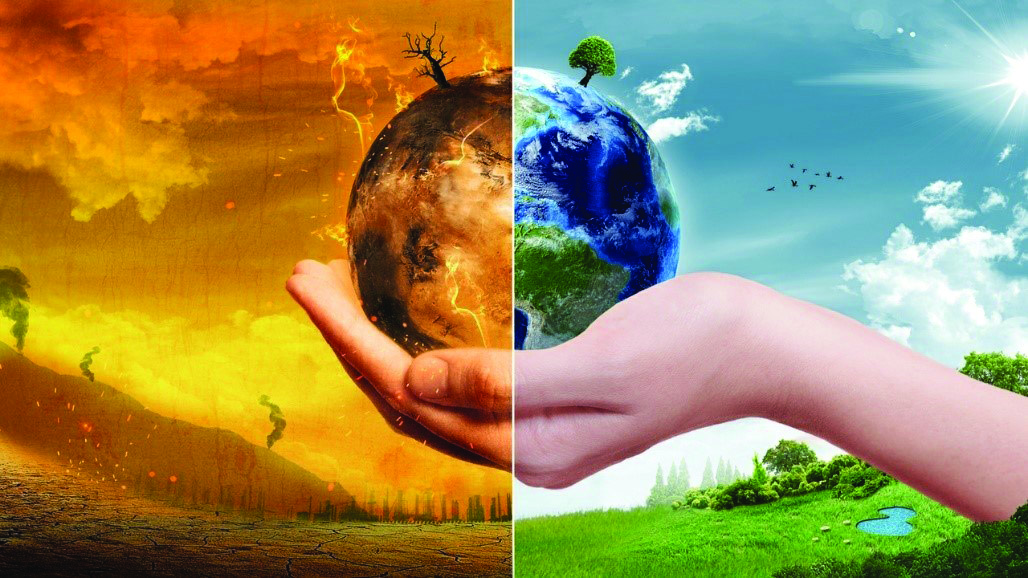 What is Climate change?

Climate change occurs when long-term weather patterns are altered — for example, through human activity. Global warming is one measure of climate change, and is a rise in the average global temperature

Is Climate change and Global Warming mean the same thing?

No. Global warming is a phenomenon of climate change characterized by a general increase in average temperatures of the Earth, which modifies the weather balances and ecosystems for a long time. It is directly linked to the increase of greenhouse gases in our atmosphere, worsening the greenhouse effect. (Impulse, 2019)

In fact, the average temperature of the planet has increased by 0.8º Celsius (33.4° Fahrenheit) compared to the end of the 19th century. At the pace of current CO2 emissions, scientists expect an increase of between 1.5° and 5.3°C (34.7° to 41.5°F) in average temperature by 2100. If no action is taken, it would have harmful consequences to humanity and the biosphere.

Who keeps tab on climate change?
Our understanding of climate change is largely the result of the Intergovernmental Panel on Climate Change (IPCC), the world’s most authoritative voice on the topic. Established by the United Nations, the IPCC assesses the scientific and socio-economic information relevant to climate change.

The world’s leading climate scientists believe that human activities are very likely the main cause of global warming since the mid-twentieth century, mostly because of:

What are the effects of Global Warming?

·         On Biodiversity: The increase of temperatures and the climate upheavals disturb the ecosystems, modify the conditions and cycles of plant reproduction. According to the IPCC, a 1.5°C (34.7°F) average rise might put 20-30% of species at risk of extinction. If the planet warms by more than 2°C, most ecosystems will struggle.

·         On Oceans: Because of global warming, permafrost and ice are melting massively at the poles, increasing the sea level at a rate never known before. The acidification of the oceans is also of great concern. In fact, the large amount of CO2 captured by the oceans makes them more acidic, arousing serious questions about the adaptability of seashells or coral reefs.

·         On Humans: Human beings are not spared by these upheavals. Climate change is affecting the global economy. It is already shaking up social, health and geopolitical balances in many parts of the world. The scarcity of resources like food and energy gives rise to new conflicts. Other things like rising sea levels and floods causes population to migrate. The estimated number of climate refugees by 2050 is 250 million people.

·         On the Weather: For decades now, meteorologists and climatologists around the world have been watching the effects of global warming on the weather phenomena. And the impact is huge: more droughts and heatwaves, more precipitations, more natural disasters like floods, hurricanes, storms and wildfires, frost-free season, etc.